We hope that in 2020, many more people will hear about this day than in previous years … The Dodo Foundation, operating at the Wrocław zoo, has been providing information on these animals in the world most at risk of smuggling for several years.

With our message, however, we certainly do not reach a huge crowd of people … Recently, the name: pangolins has become more known and often repeated in the media. A year ago, in our part of the world, only zoologists and wild animal enthusiasts talked about them. The change was made by media reports that pangolins caused the coronavirus to “jump” to people at the Wuhan city market. Is it really? Let’s start with the fact that media reports have not been scientifically confirmed.

For no scientific article has been published that would confirm this thesis. The “revelations” about pangolins and the coronavirus came because scientists at South China Agriculture University showed that the DNA of the coronavirus responsible for the current outbreak in China is 99% similar to the coronaviruses found in pangolins. Whether this virus transmitted from pangolins, bats, snakes or other animals to humans is certainly a long way to go. There is no doubt, however, that the illegal trade in wild, often critically endangered animals in China and Southeast Asia continues to grow. As societies become richer, they fuel the market for poaching trade on an unprecedented scale.

Poaching animals go to small, roadside markets in Laos, Vietnam, Cambodia, and finally reach large markets in multi-million agglomerations. The scandalous sanitary conditions accompanying this barbaric practice must lead to threats to humans! We hope that the next epidemic after SARS, possibly caused by the “transition” of the virus from animals to humans, will draw attention to the need to stop poaching and illegal trade in wild animal meat. Maybe fear of contamination will affect people buying pangolin meat? Perhaps international organizations, not only those dealing with the protection of animals, but also those dealing with health protection, will influence the governments of countries where illegal trade is prohibited by law, but this law is not respected? Until now, the pangolins rescue projects in Laos and Vietnam, which are supported by the Wrocław Zoo and the Dodo Foundation, seemed alien and very distant to many people. Who among us would have thought that you could eat the meat of a protected animal …

The appeal for help in saving pangolins, bears, cannibals and turtles in Southeast Asia seemed, for many people, of little importance. Now it turns out that the problems are much closer than many people thought, and the effects of illegal procedures can affect any of us! The Wrocław Zoo and the Dodo Foundation have been supporting organizations that rescue pangolins from poachers for many years. There are no state-owned animal rehabilitation centers in countries like Laos and Vietnam, so authorities are reluctant to confiscate animals they have nothing to do with. Hence, the few organizations and foundations operating in this area are the only salvation! We support Save Vietnam’s Wildlife, Lao Conservation Trust for Wildlife, and Free the Bears in rescuing pangolins and other endangered animals from poachers. In the last two centers, in Laos, we are the founder of the pangolinaria created (in 2018 and 2019). We count on your help! 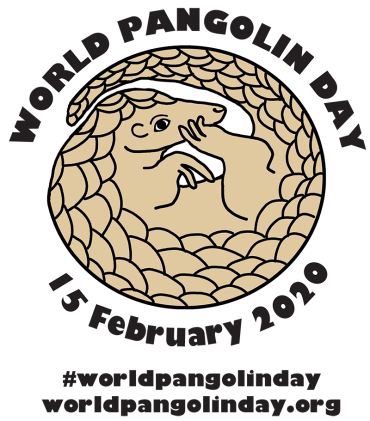